AKA – Why STAR WARS is about YOU Part 1

Tracking the Journey of one of the greatest villains in cinema, Darth Vader, may help us figure out where we’ve made missteps in our own life. We all start out as children – how and why did we get so off track? Perhaps the truth is that we never escaped our past.

Perhaps we’ve never made a real decision for ourself. Perhaps we’re slaves to the expectations of others.

What would you do if you realized you were the villain in your own story?

I was recently asked to answer this question on Quora and while I didn’t do so there, I’m going to do so here in my typical round-about manner.

You see, Villains are archetypes in the same way that Heroes and Heroines are and, believe me or not, Villains generally are Heroes or Heroines that have become stuck on their Journey – more on that later in this episode.

Most Villains are ideologists or anarchists who are attempting to reshape the world in whatever form they believe it should be in. They’re control freaks and the problem with being a control freak is that nothing is ever truly in your control. Nothing can be permanently forced into being the way you want it to be.

So, the truth of the matter is that we’re all the villains of our own story because we are the world that the Villain attempts to control and we’re all programmed to believe that we need to force ourselves to fit within whatever parameters our Ego and/or society is most comfortable with.

If I go back 15 years, I was definitely the villain of my own story and nearly brought about my own demise.

It shouldn’t have been that way, but we get locked into ideologies and patterns and loops of behaviour and the older we get the more deeply entrenched the programming becomes. When our inner Hero and Heroine finally break that programming we can actually complete our Journeys as we should have from childhood.

It’s exactly what Anakin Skywalker did in Return of the Jedi. He was once an innocent little kid and he became “tyrant of the galaxy” all because a bunch of ideological nutjobs wanted him to use his power for their cause. 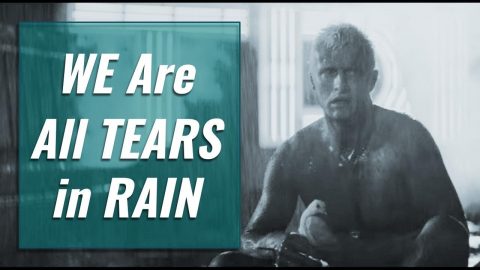